Two of my favorite Japanese painters are Soga Shohaku(1730-1781) and Ito Jakuchu(1716-1800). Contemporaries, their paintings are very different from each other but share an extraordinary dynamism and ecstatic eccentricity that lands them solidly in my Hall Of Fame. My taste often runs to a more quiet austerity, but I find these two artists’ work so extraordinary that my usual preferences are squashed. I think at times one ought to resist a type of minimalist snobbery.

Many of Ito Jakuchu’s paintings are of plants and animals in extraordinary landscape settings. Soga Shohaku’s work is more often concerned with various supernatural beings from Japanese mythology set in fantastic environs. A web-search will reveal a fair bit.

A series of fortuitous events involving these two artists unfolded for me in 2011 in Kyoto. I went to the Kyoto National Museum searching for a catalogue of an exhibition of Shohaku’s work held in 2004.They had a copy of the Shohaku catalogue and some lovely postcards. Also, in my browsing I found a small book on Ito Jakuchu in which there was a fantastic painting of a temple and a photograph of the actual temple garden at Sekihoji that the painting represented(4th photo below). I asked the cashier if she knew where Sekihoji was and she said it was just three train stops south of the museum!  I had been prepared to travel a lot further than this to see a temple that Jakuchu deemed worth painting.

I made my way to Sekihoji which was only a few blocks walk from the train station in a quiet neighborhood. I paid my 300 Yen, gathered the usual complement of descriptive brochures and began my look-around without reading them, which I usually do first. I was very impressed with the entry gates to the temple and garden. Instead of the usual wood structures these gates were stucco painted a rosy pink. They struck me very strongly as portals of entry to another world, an impression that held as I walked the trails amidst bamboo and many carved and weathered stone Buddha sculptures set amongst the bamboo.

It was a lovely experience with few other people there and I made my way back to the train. Sitting in the train I read the English description of the temple and discovered that not only did Jakuchu paint this temple garden, he designed it, lived at the temple the last ten years of his life and his grave-site is there! There was something oddly touching to me about reading this on the train after having left the temple. Also I was moved by the unusual series of events, setting out searching for the book of Shohaku’s work and ending with me being drawn to Sekihoji which was infused with the spirit of Ito Jakuchu. I have no idea if they were rivals in their time, as I know can happen, but in my mind they stand as equals in stature. 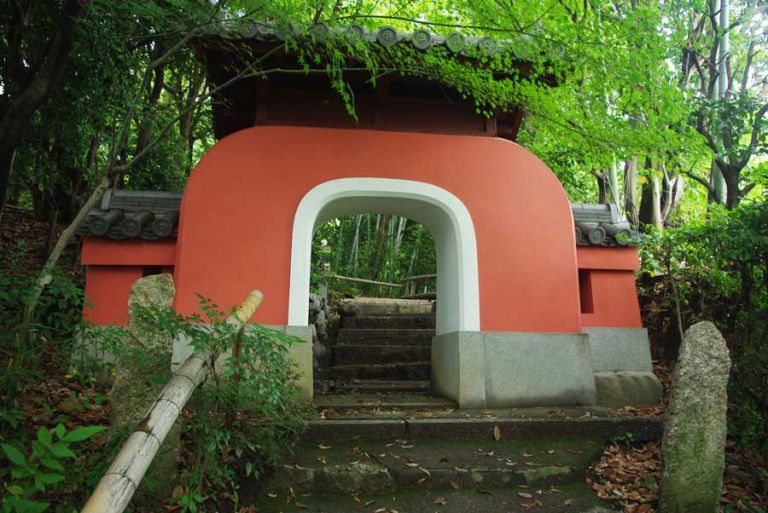 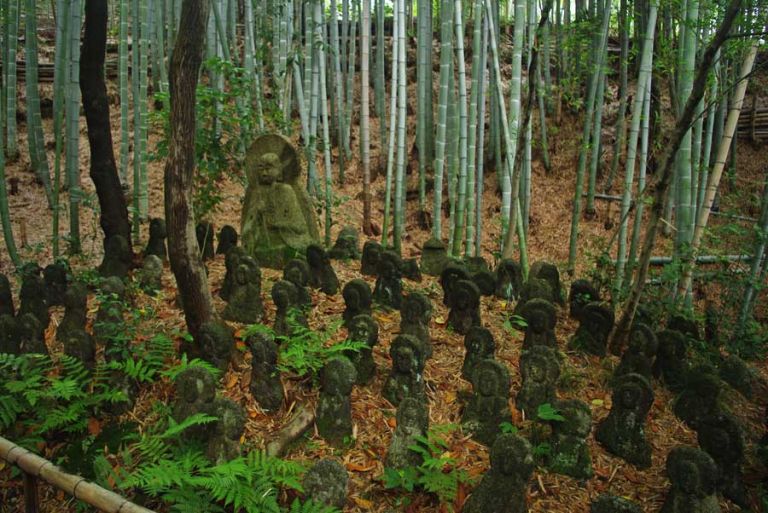 I returned to Sekihoji in 2013 and took a photo of Jakuchu’s gravesite. 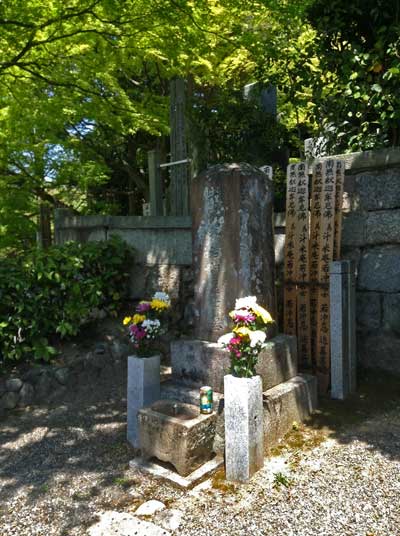 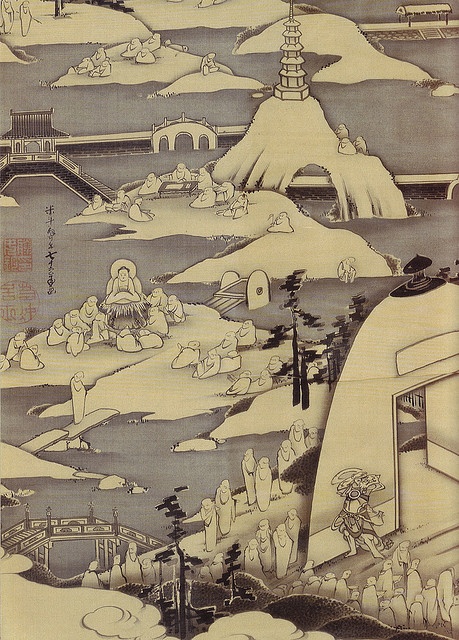 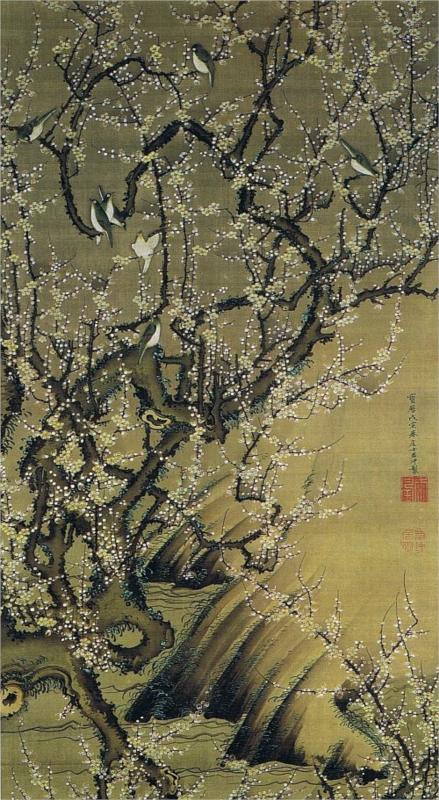 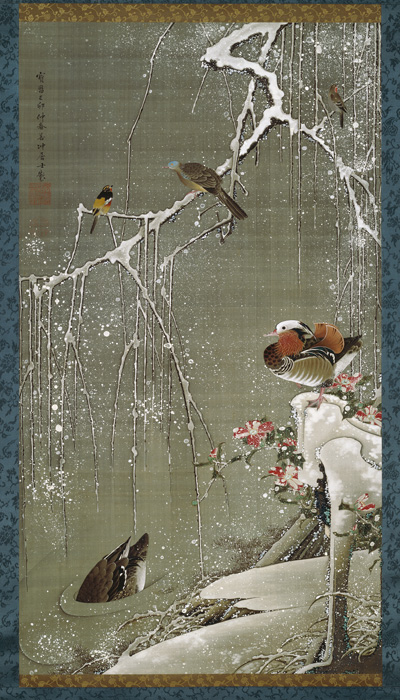 Paintings by Soga Shohaku below: 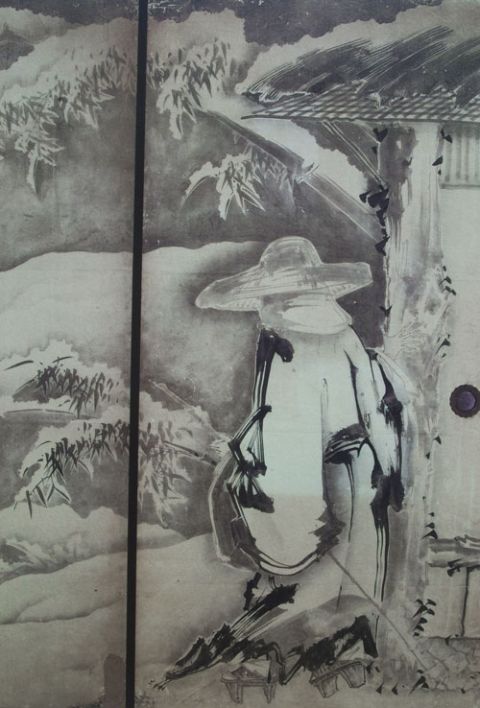