The inspiration for the form of this knife is the Japanese kogatana/kozuka, a small knife with handle that is companion to the katana. I have long admired the simple form of these knives and the often sublimely beautiful art found on the kozuka handle.

My desire to work in iron on the handle led to the idea of forging the iron to the blade, resulting in a one-piece knife with integral handle. Having recently begun collaborating with Nick Anger, I asked him about making a wood-grain (mokume) patterned blade and strategically forging iron to the back in the handle area. Nick’s highly skilled merging of the iron with the steel was impeccable and just what I had hoped for as a canvas for my engraving/inlay. The wrought iron has a lovely natural, earthy grain. 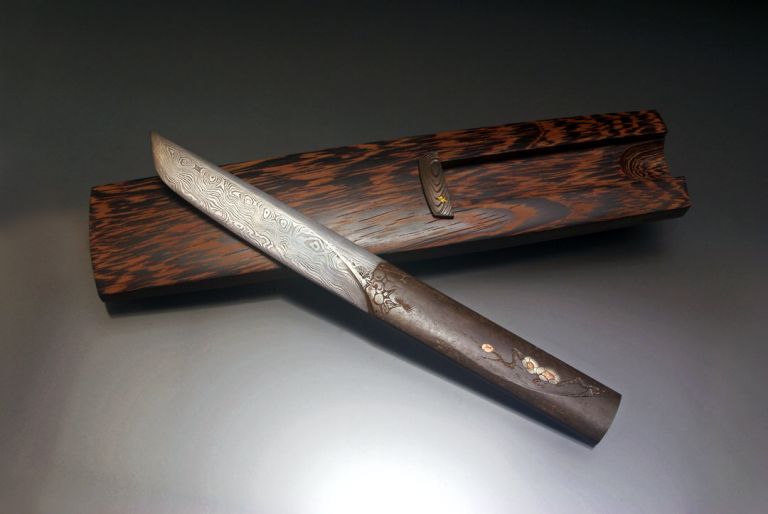 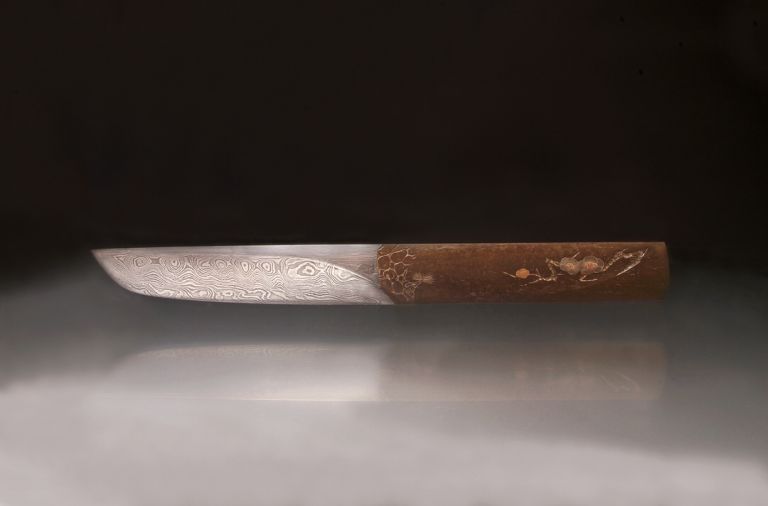 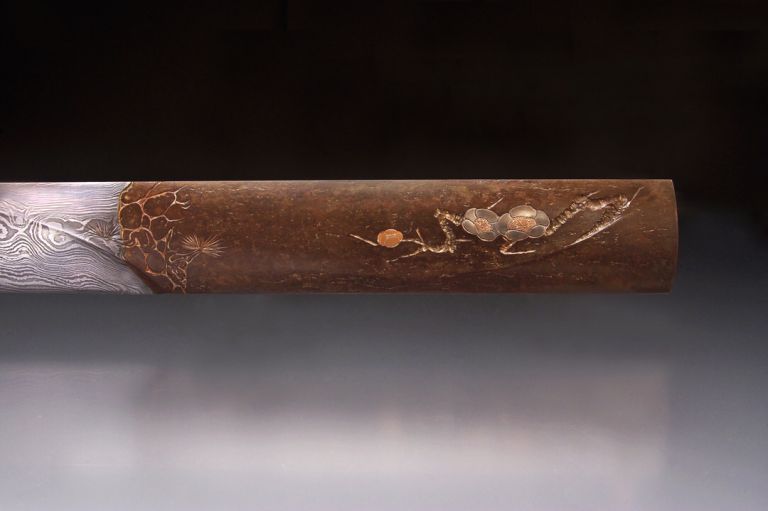 The style of engraving for the plum branch and blossoms is called kosuki-bori, practiced by Goto Ichijo (1791-1876) and passed to his student Funada Ikkin (1812-1863). It was mostly used to portray plum branch design. The plum blossoms are inlayed pure silver with rose-gold centers, which have engraved details and punched raised dot stamen-tips. The pine design served as a transition from the patterned blade steel to the iron handle with one small pine branch on the iron and another forward on the steel.

The steel and iron both needed specific etch and patina, which were done after all shaping, engraving and polishing was completed. The blade etch was done by Nick with ferric chloride. I did the iron patina with the technique given to me by Toshimasa-sensei as outlined on my website. 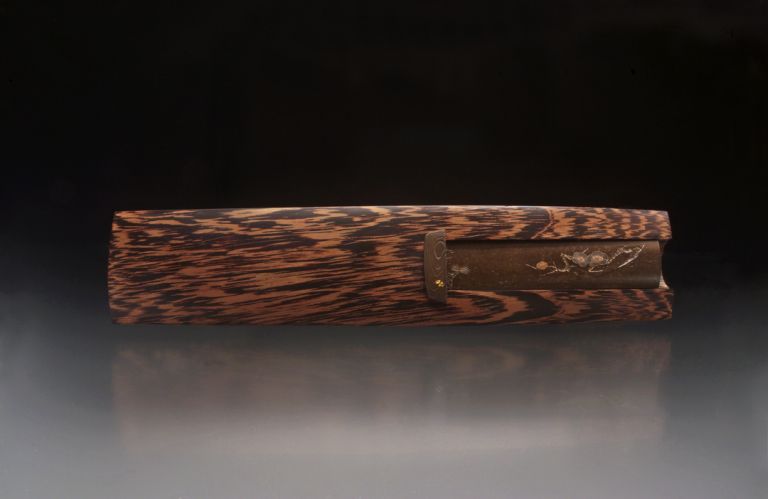 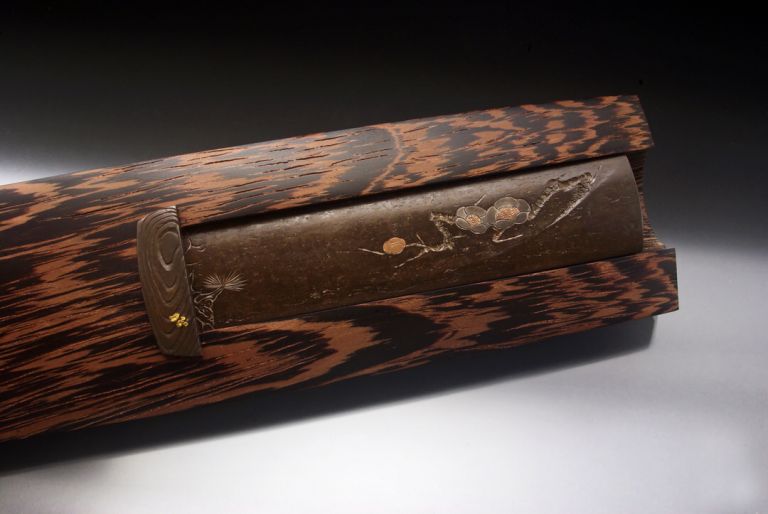 The shibuichi throat piece was carved in a wood-grain pattern and has 24k gold inlaid lichen.It was patinated with the traditional Japanese niage process. The saya/sheath is made from Wenge wood and was chosen for its pattern and colors harmonious to the iron patina. I am very happy with this knife and, particularly with Nick, a return to a collaborative relationship merging skills, personality and artistic approach. 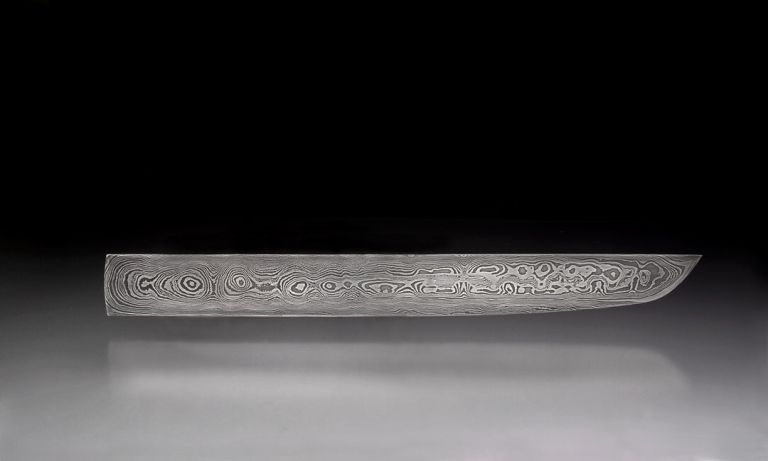 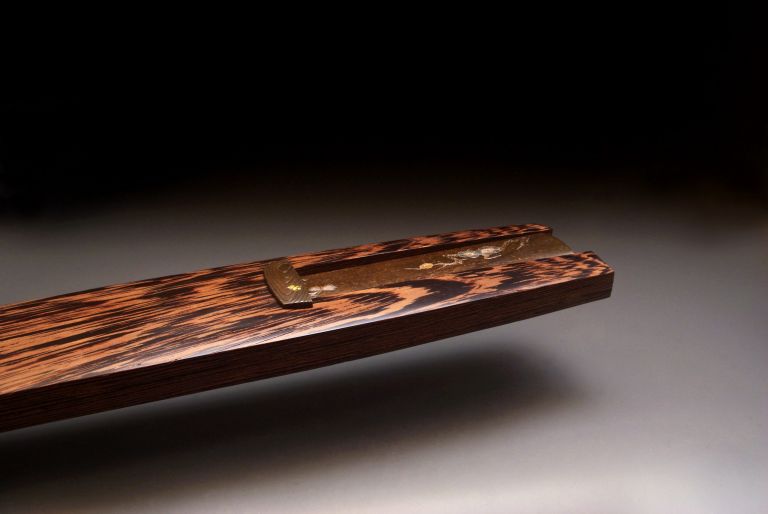 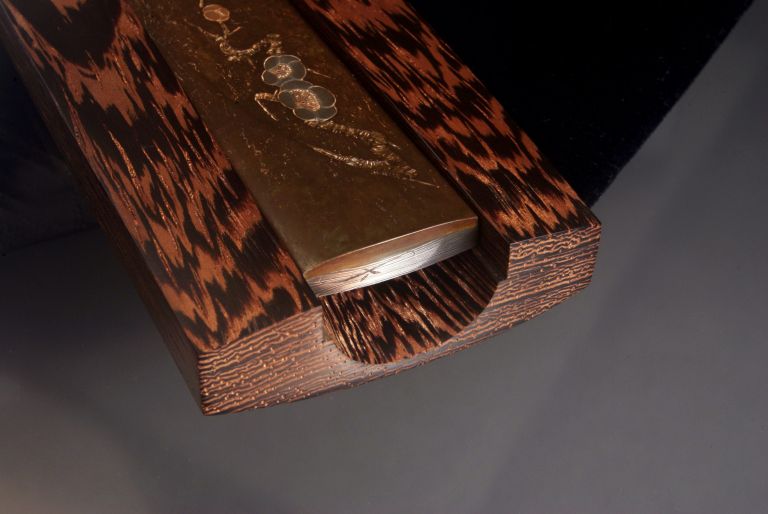 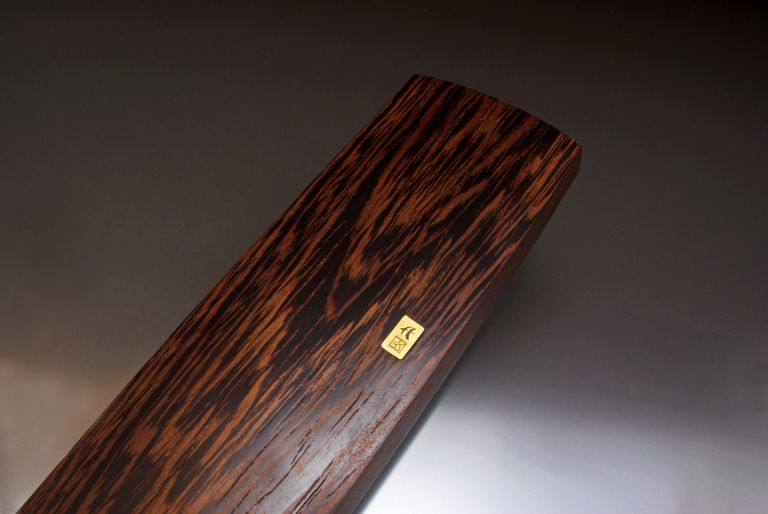