This work represents hope and faith in the regenerative force of nature in both symbolic and tangible ways. In a time of unusually prevalent dark forces, I believe it is incumbent upon me as an artist to not become overwhelmed and loose sight of the enduring beauty and energy reflected, not only in full-flowering nature, but also in that which is aged and decaying. My countermeasure to debasement is to seek truth and beauty and reflect that in my work.

In Japan there is a history of the decorative bokuto/cha-to sword, apart from the kendo version, sometimes called doctors’ swords or tea swords. I’ve felt for some time this would be an interesting format for my work using both wood and metal. 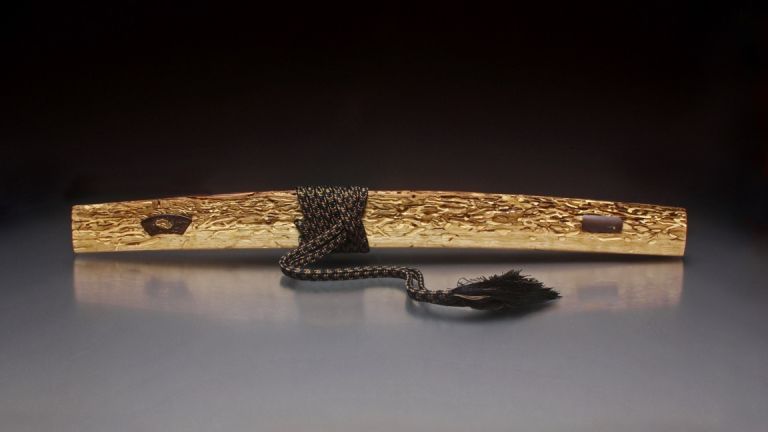 Discovering this piece of termite-eaten American Persimmon wood was key both in provoking me to make a cha-to and also in suggesting the theme of the cycles of life, death, decay and regeneration.

Initially I thought to make some quite dramatic metal fittings, but my thinking evolved to a simpler approach. The form of the Japanese sword is so primally elegant; my aim was to distill that to a single somewhat Platonic form with the termites’ movement and life-cycle providing interest within the form. I found the termite carved galleries stunningly beautiful and decided that my metal fittings should balance rather than intrude into that. I also decided to not make any delineation between the tsuka and saya of the tanto form, relying instead on subtle variations of line, and the placement of the menuki to imply the hilt and scabbard. 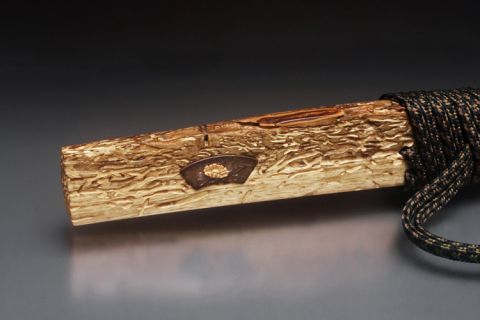 I have long admired the combination of rustic iron and refined gold in the work of Kano Natsuo and others. The poetic dialogue between the two seemingly disparate materials has always struck a chord in me, and seemed entirely in keeping with the overall feeling I was aiming for.

Expressing a contrast to decay, I chose a butterfly and the butterfly’s food, a perennial kind of hopeful symbol, presented on simple fan-shaped forms. The flower is Chicory (Cichorium intybus) and includes a small, unopened bud in silver. My friend mentioned that in Switzerland the roadside Chicory flowers are seen as symbols of women waiting for their soldier men to return; another poignant overtone. 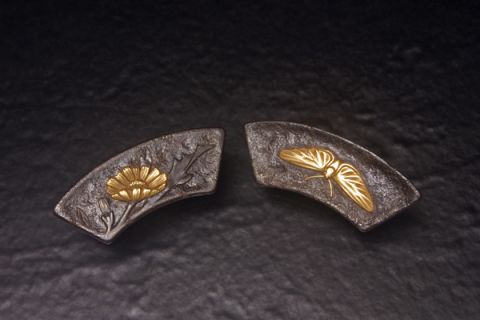 In addition to the simple fan-shaped menuki I chose to add a single visual balancing addition of mini-chasaji (tea-scoop) on the saya end. The symbolism of this is an allusion to tea as refreshment from the dusty, quotidian world. The engraved Milkweed (Asclepias syriaca) seed furthers the hope for new life, as well as referring to the butterfly as the milkweed plant being the primary food for the Monarch butterfly caterpillar. 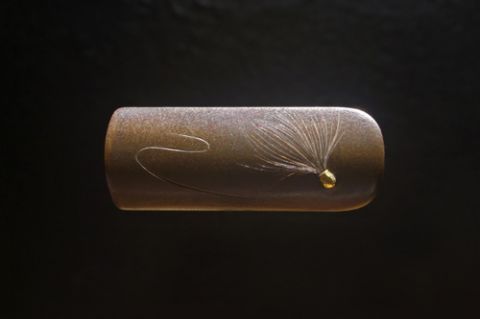 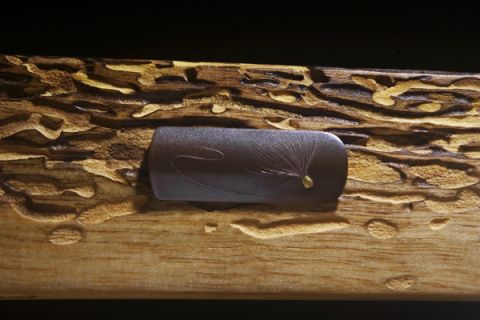 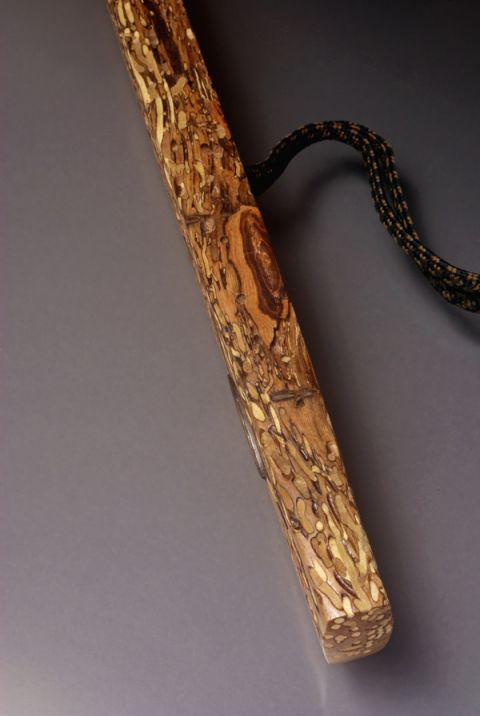 « A Place of Heart
Quiet Signs »