Wealth Of The Soil

During a recent trip to Japan I rode the train more than usual with almost daily trips from 45 minutes south of Kyoto, up and back. This and a Shinkansen (bullet-train) trip to Tokyo gave me the opportunity to view plenty of urban, suburban and some rural landscape. A feature that all of these share, excluding the most dense city and newest suburbs, is that of intense, ubiquitous food growing. Even just a few miles from Tokyo Station one sees cultivated plots, large, medium and small, with increasing frequency. I had to contrast this with a recent train trip from Montpelier, VT to New York’s Penn Station. The landscape from Hartford, CN to Manhattan seemed largely a decaying urban expanse interspersed with a few wetlands. Very little food growing in that corridor.

The pundits like to assert that the Japanese economy is somehow less vigorous than our own based on whatever markers they choose. Looking at sustainable food producing capacity as the most basic of economic indices along with a general appearance of prosperity and tidiness, I would have to place the Japanese miles ahead of us.

One evening my friends took me to dinner at their friend Ten-san’s with his family along the edge of the Yamashiro basin that contains Kyoto. It was takenoko (baby-bamboo) season and Ten-san has a marvelous family bamboo grove a short walk from their house. He showed us his tool and technique for digging takenoko. Earlier the family had prepared cups and other utensils from fresh, green bamboo and takenoko was served in several dishes. 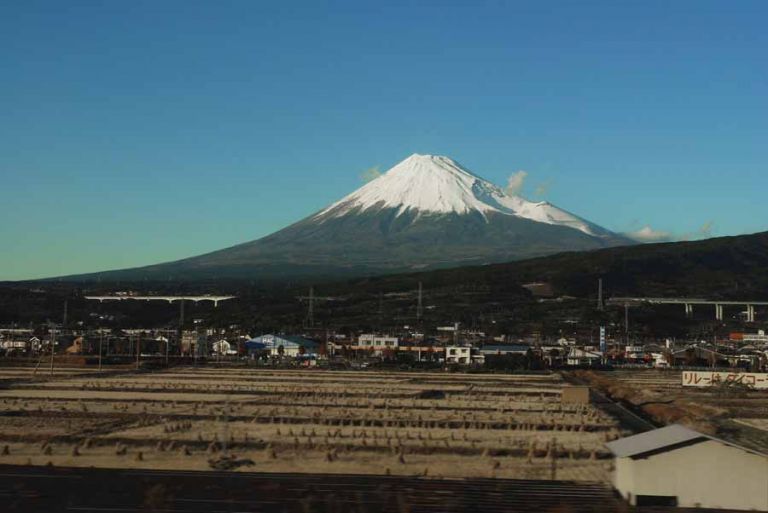 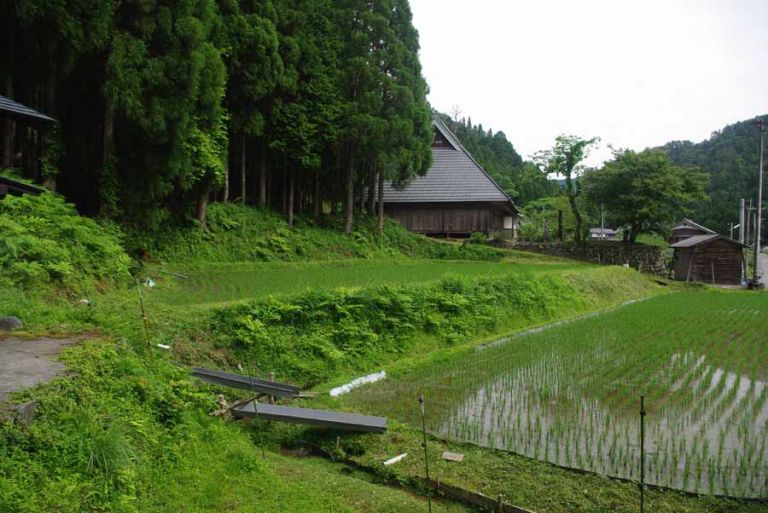 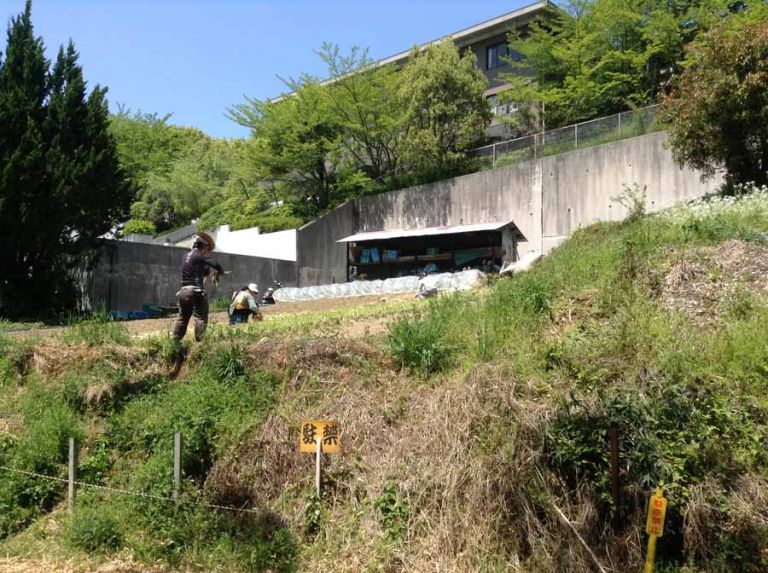 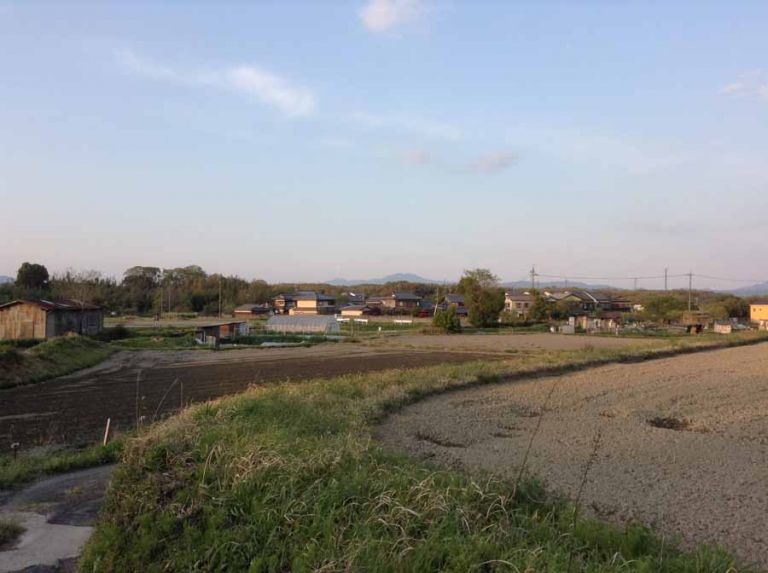 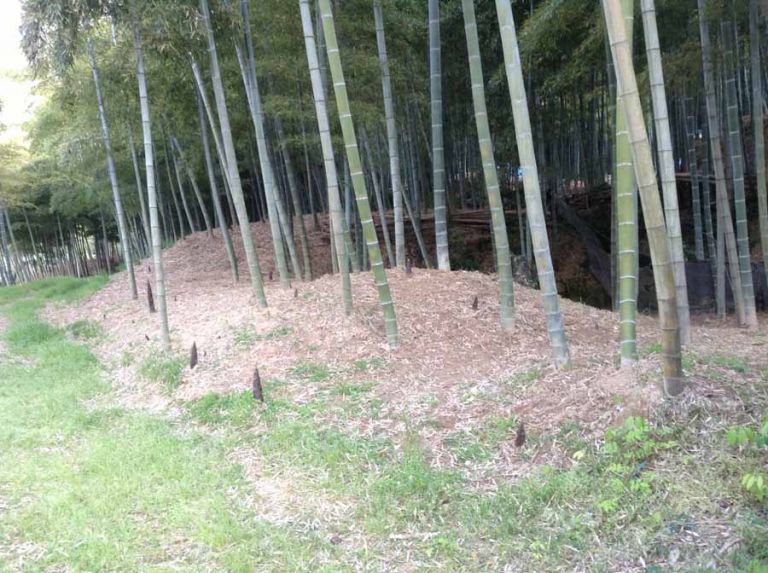 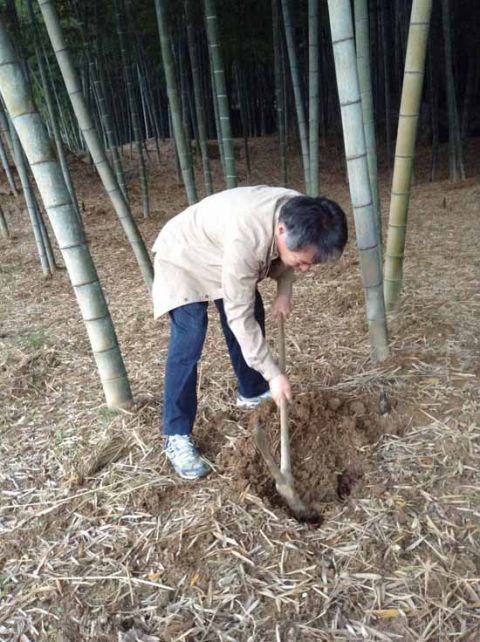 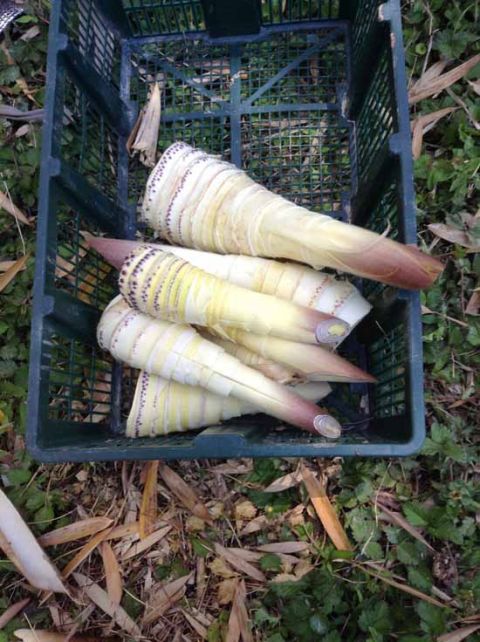 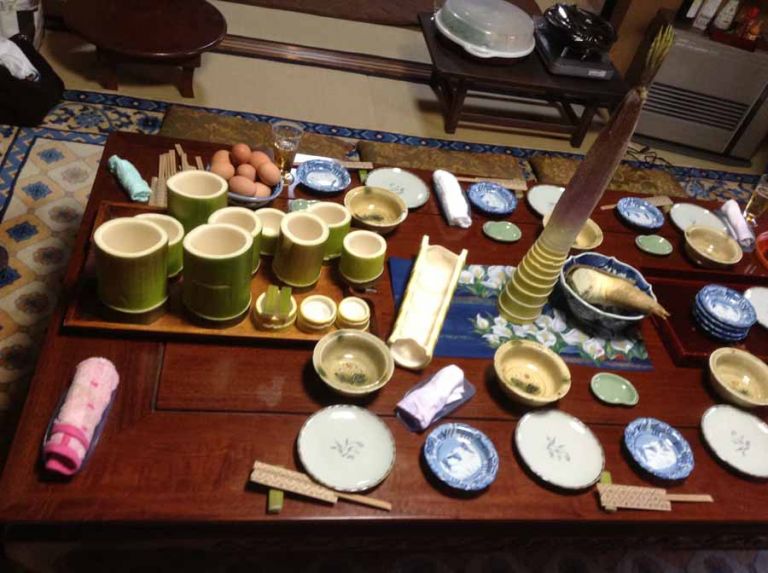 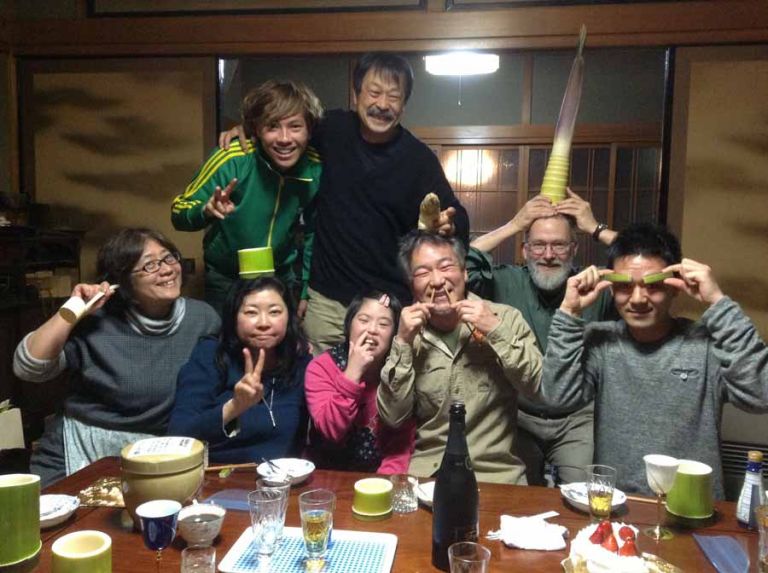